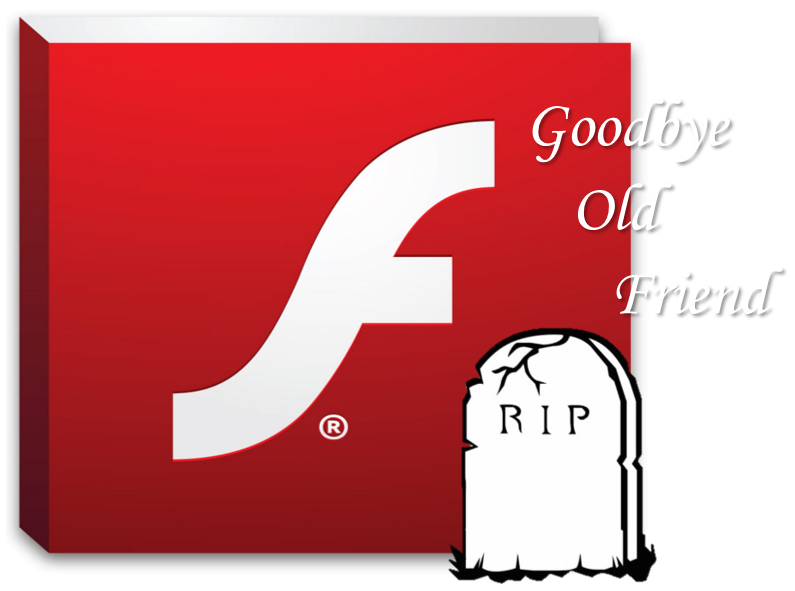 Google recently set a date to ban Adobe’s Flash player from being in their display ads. Starting January 2, 2017 no more Flash based display ads will be allowed on Google Display Network or DoubleClick.

Although this is plenty of time to run flash ads you still have, the last date for uploading them for circulation has been set at June 30, 2016. So making the transition to HTML5, if you haven’t already done so, is set to become mandatory over the next couple months.

Google did state that only flash-based display ads will be affected by this date, not videos built will flash. That’s likely to come in the future but a date for its death has yet to be set.

Why is this happening?

Google said they were doing this “to enhance the browsing experience for more people on more devices, the Google Display Network and DoubleClick Digital Marketing are now going 100% HTML5.”

Essentially, Google’s going back to their ol’ mission statement that they want everyone to have a great experience on their search engine and flash based ads are simply annoying, outdated, and not secure.

And with over 100 million ads built on flash displayed to users in the past year, this is going to make a lot of advertisers quite unhappy. Perhaps it’s for the best though, as Adobe Flash does have a record of allowing critical vulnerabilities into a user’s private space; although Adobe has recently released patches for these vulnerabilities.

This 100 million figure will quickly be reduced to zero over the next year as other ad platforms also block Adobe Flash like Amazon. Even Chrome itself has blocked Flash from auto-playing as far back as last September.

Firefox as well has expressed concerns about the security of flash-based ads and has commonly blocked them throughout the years. It seems Adobe Flash has been exploited by hackers one too many times now. And as far as Apple’s Safari goes, Flash was never supported to begin with.

The Imminent Death of Adobe Flash

Once a requirement to even surf the internet, flash is expected to be completely out of use and gone within the next two years.

Almost on cue with Google’s announcement, Adobe made the following Tweet.

Keep in mind, this drop was from the biggest advertising platform in the world at $3.52 billion in just display advertising (13% of total). However, this shouldn’t really come as a shock to all that many people. Google has been trying to phase out Flash and phase in HTML5 over the course of a few years now.

Even Adobe doesn’t seem surprised or too worried about the change. Last December they ceased the existence of Flash Professional, the flash based animation-creator. They replaced this with Animate CC, which uses the now popular HTML5.