Last week, one of the world’s most well-known companies decided to restructure its business and create a holding company called Alphabet. The short and sweet version as to why they did this is mention in their blog when they said, “smaller bets in areas that might seem very speculative or even strange when compared to our current businesses”. Thus, Google felt they were simply going too many directions and this was causing several negative side effects. First, let’s get a visual at what changed. 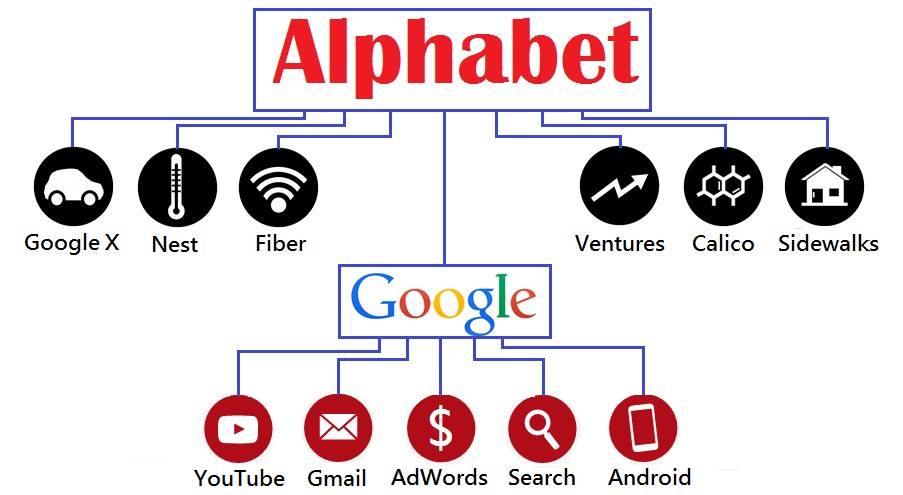 What changes actually come from this?

Well first and foremost, the same Google we all know is still alive and well doing what it does best. The only big change here is that a new CEO has been introduced, Sundar Pichai. However, Larry page remains top executive of the umbrella company, Alphabet.

As for the change itself, shareholders have been yearning for Google to restructure for quite some time, as dictated by the $28bn raise in their stock market value. But why would this announcement instantly made Google shares instantly more valuable? It creates a way in which they can guarantee their longevity by separating the reliable cash cows with the more speculative investments.

Google managers can now focus their attention on fewer things at a time. There is no longer a need to look at startups and huge money makers anymore, as they’re separated into two different family trees. This essentially also allows Google to administer the costs of managing the company more effectively.

Fortunately, this change makes thinking of Google all the easier. Now, Google means what most of us think it means, YouTube, Gmail, search, advertising, and our Android phones. All the little weird things Google likes to invest in, like self-driving cars, are now only part of Alphabet.

By doing this, the Google leaders are trying their best to remain highly innovative, whilst firmly grasping a profitable future. While this won’t solve all the issues Google is facing, especially the battle with Facebook, this new holding company does at least give shareholders something to look forward to.