Multiple paragraphs of Melania Trump’s 2016 Speech were nearly identical to Michelle Obama’s 2008 speech, and the internet isn’t happy about it. 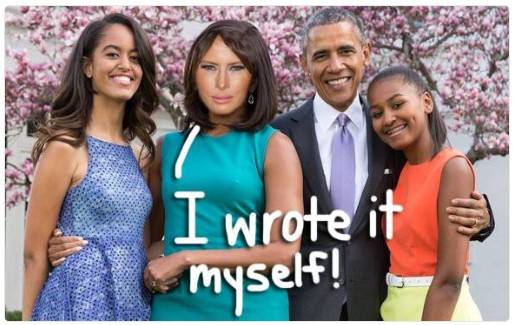 This Monday, the Trump campaign decided to shoot themselves in the foot by plagiarizing Michelle Obama’s 2008 DNC speech. Social media erupted in outrage when evidence of the speech’s plagiarism emerged. Here’s what the trending looked like:

How plagiarized was the speech? Let’s just say there were minor differences. 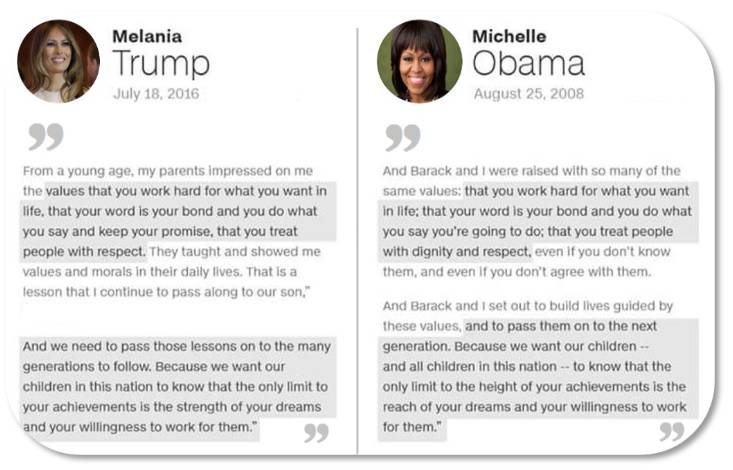 And after some hundreds of thousands of savage Tweets about her plagiarism, it became clear that this might actually be a problem for the Trump Campaign.

How will this impact the Trump campaign?

Perhaps the worst way to handle a situation like this is to simply say nothing and hope it’ll blow over soon. Which is just about how they’re handling it as the only mention of the fiasco was through Melania Trump’s Twitter account which said : “In writing her beautiful speech, Melania’s team of writers took notes on her life’s inspirations, and in some instances included fragments that reflected her own thinking.”

So they simply denied it ever happened.

But these charges are nothing new to see in politics. They’ve arisen in the past, and when they do, the ones taking the heat usually suffer a significant blow to voter count.

Joe Biden copied some content in a paper he wrote dusing law school, and it caused him to drop out of the presidential raced of 1988. John Walsh ended his campaign abruptly after being charged with plagiarizing his master’s thesis.

So this isn’t an isolated incident – and it desperately needs some sort of official response from the Trump campaign if they’re to stem the bleeding of supporters. As the blame is vaguely placed on the “team of writers” they might just pick a name out of a hat and fire one of the writers simply to say that the issue has been resolved.

Let this be a lesson – social media is no joke and it undoubtedly has changed the course of the US 2016 election many times, with this incident fitting in all too naturally.